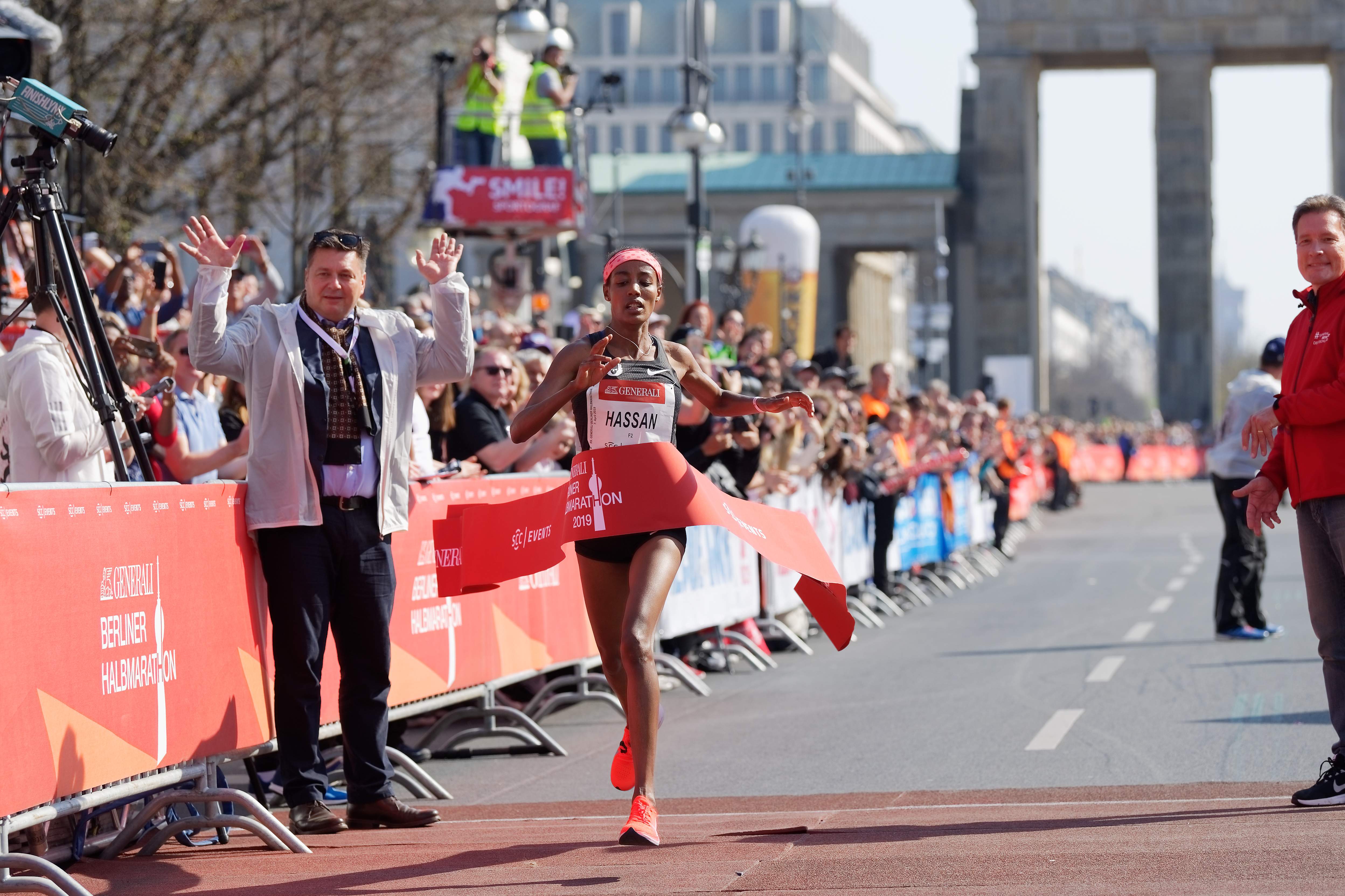 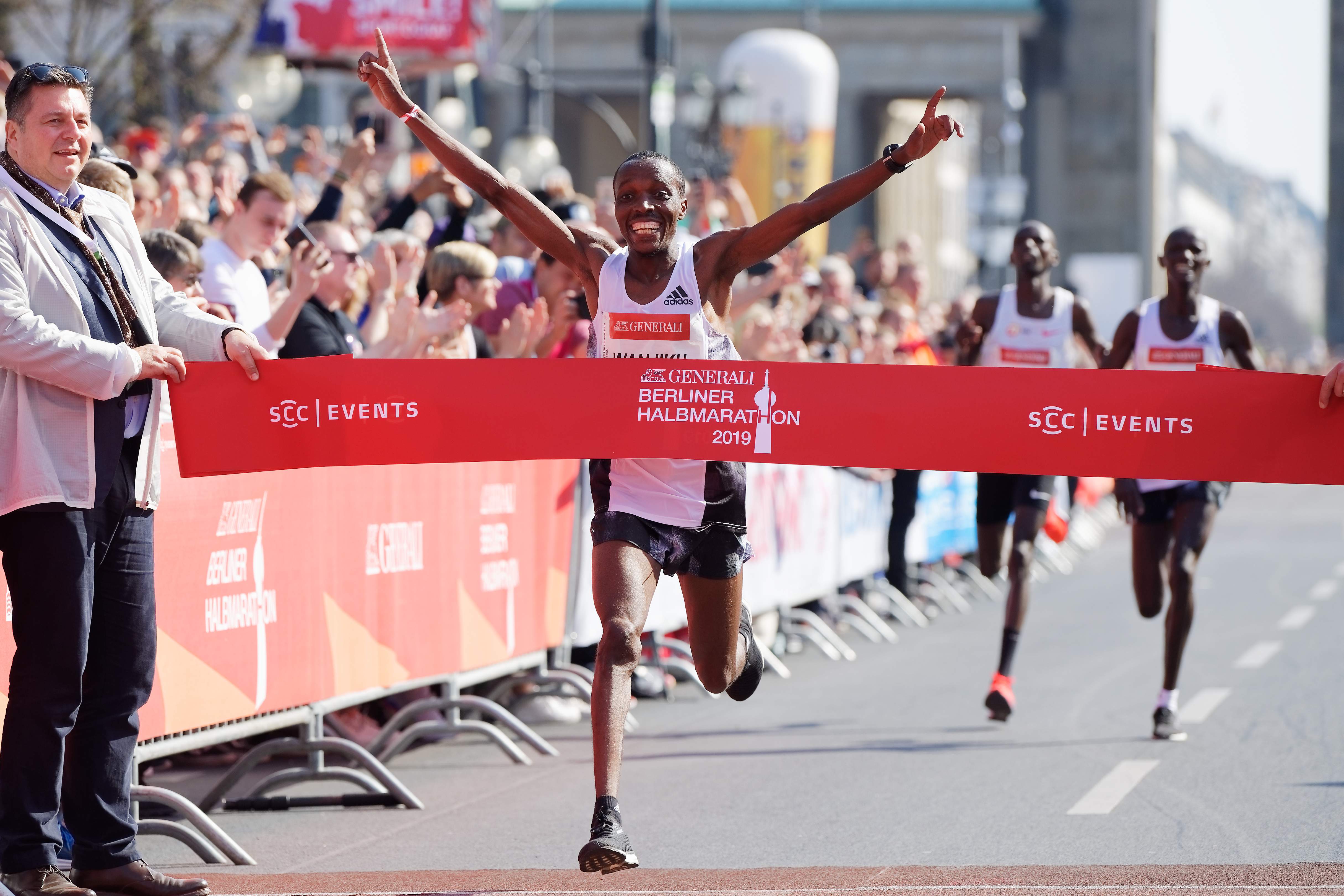 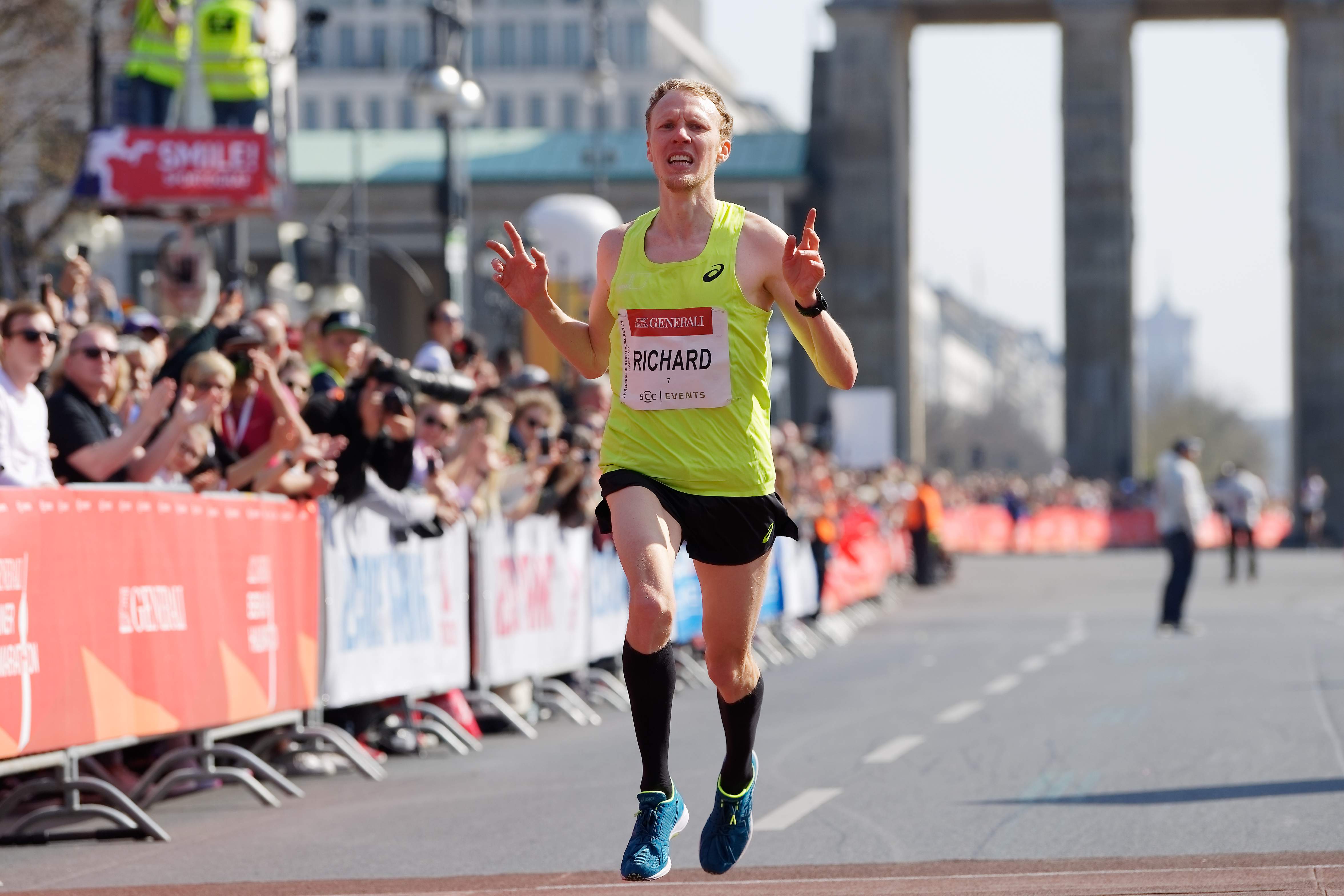 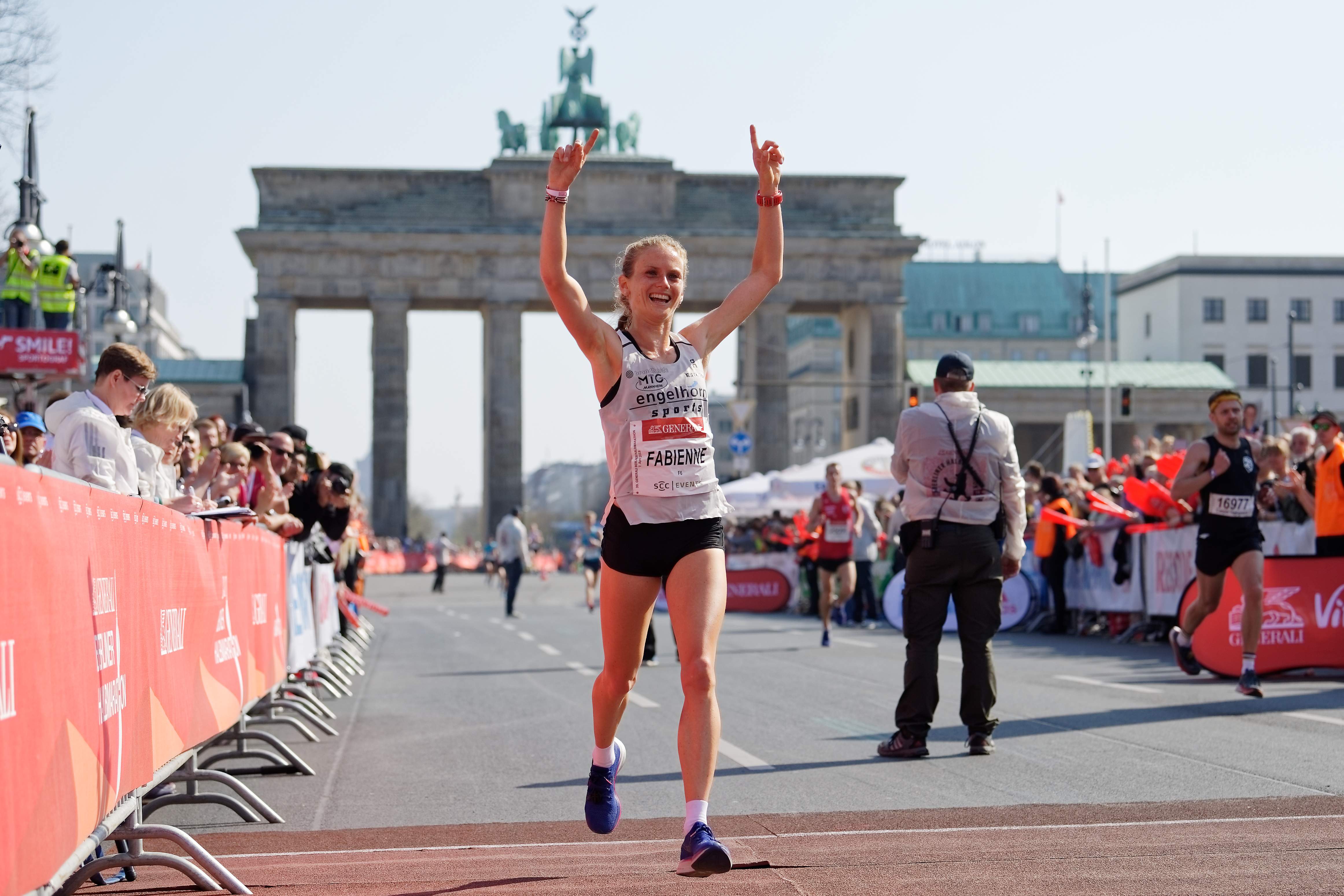 Sifan Hassan produced the highlight of the 39th edition of the GENERALI BERLIN HALF MARATHON with a world-class time and a course record of 65:45. While the Dutch was more than three minutes ahead the top three men all finished inside three seconds. Kenya’s William Wanjiku won with 61:00.

Organisers registered a record number of 35,551 entries from 116 nations for Germany’s biggest half marathon. Adding races staged parallel the entry figure was even 37,087. The GENERALI BERLIN HALF MARATHON has grown considerably in the past few years and now belongs to the biggest races worldwide at this distance.

Former Ethiopian Sifan Hassan smashed the event record of 67:16, which Kenya’s Edith Masai had established back in 2006. Hassan’s time of 65:45 is the fourth fastest in the world this year. In very good weather conditions she was on course for a world record in the first part of the race, but she then slowed and missed the global mark of 64:51 as well as her own European record (65:15).

„It is early in the season so I lacked a bit of speed. I gave everything, but I simply could not run any faster,“ said Sifan Hassan, who passed the 10k mark in a very fast 30:50. The world record was still possible at this stage. „It was a great race and I would like to return next year.“

Kenya’s Veronica Nyaruai, who had surprisingly followed Hassan’s pace for the first kilometres but then dropped back, took second in 68:51. While Selamawit Bayoulgn of Ethiopia finished third with 69:02, Fabienne Amrhein was the best German runner in sixth place, running a personal best of 71:39. „It was great to run a personal best and it is a bonus that I achieved a time of sub 72 minutes,“ Amrhein said.

In contrast to the women’s race the men produced a thrilling sprint finish at Brandenburg Gate: Kenya’s William Wanjiku won the race with 61:00. Fellow-Kenyans Kilimo Rhonzas (61:01) and Alfred Ngeno (61:02), who was a pacemaker, followed in second and third positions.

Defending champion and course record holder Eric Kiptanui of Kenya (58:42 in 2018) had to cancel his start at short notice. And that was probably the reason why the race lacked some speed.. „We wanted to run 59 minutes. But our pace was not consistent which made it very difficult. I knew already after seven kilometres that we will not run sub one hour today. This is why I concentrated on winning the race,“ said William Wanjiku, who missed his personal best by just four seconds.

Germany’s Richard Ringer ran a fine debut, placing seventh with 62:10. With this result the European 10,000 m European Cup Champion from 2018 became the tenth fastest German half marathoner ever. „I wanted to run a bit quicker, but I could not go any faster. I have not quite arrived on the roads yet,“ said Richard Ringer. Fellow-German Amanal Petros finished ninth with 62:32.