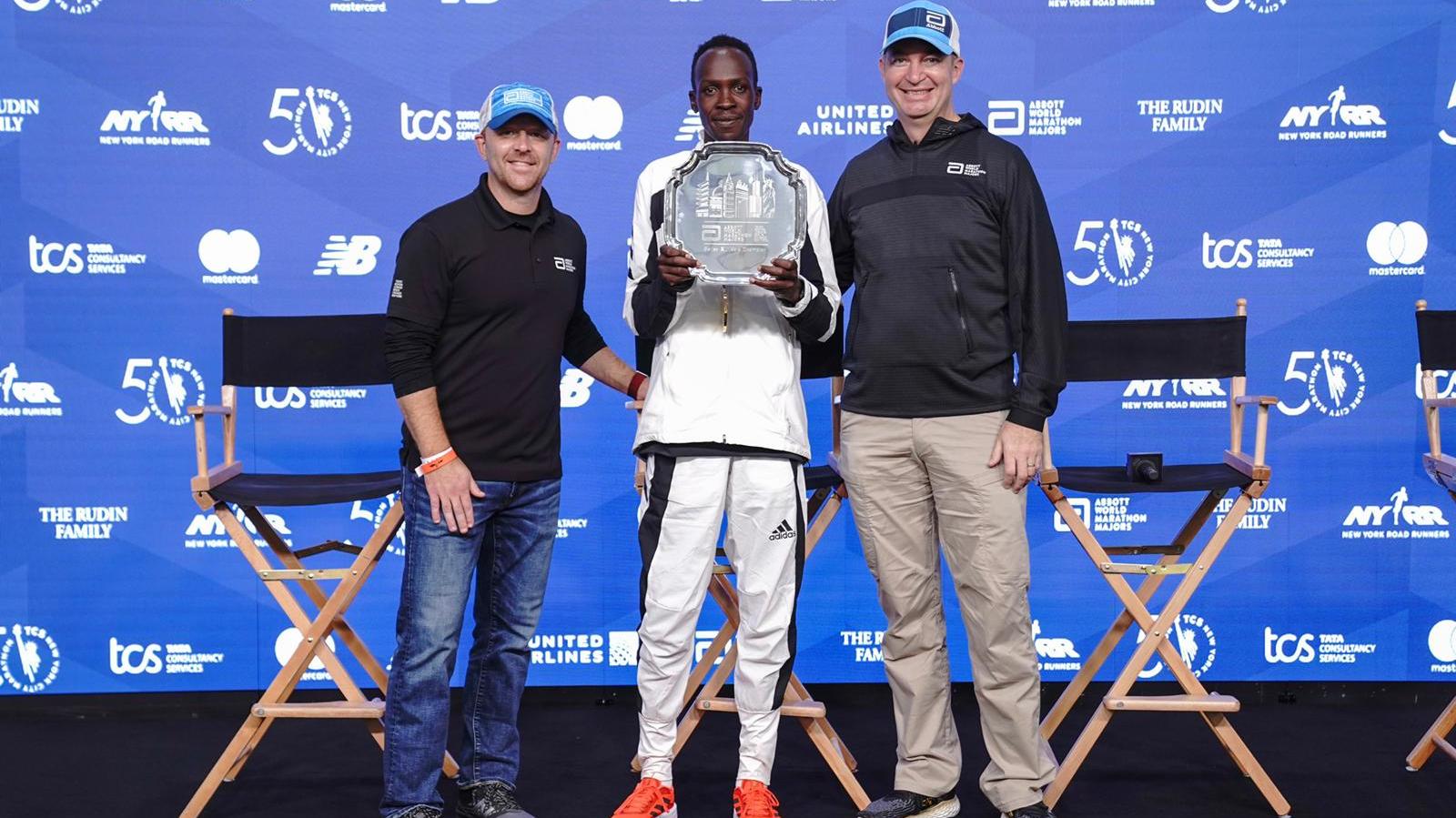 The Abbott World Marathon Majors (AbbottWMM) declared its first ever joint champions today after a thrilling finish to Series XIII at the TCS New York City Marathon. Kenyan duo Joyciline Jepkosgei and Peres Jepchirchir were named joint winners of the series after finishing level on points with two wins each. Jepkosgei lead the way with a dominant display in the 2019 New York City edition when she toppled the legendary Mary Keitany, and followed her maiden marathon win up by defeating world record holder Brigid Kosgei on the streets of London in October 2021. But Jepchirchir would not be denied, and roared into series contention with a stunning win over Kosgei at this summer’s Tokyo Olympic marathon. She arrived in New York City knowing only another victory would put her into the frame for the title, and she duly delivered in thrilling style. Her sprint to the finish was enough to hold off Viola Cheptoo by five seconds and earned her a share of the spoils with Jepkosgei, underlining the pair’s status as the new dominant athletes of this era in the women’s marathon, and leaving the six race directors of the AbbottWMM with the historic chance to recognize both women as worthy Series champions. There was further Kenyan delight as Albert Korir won the men’s open series following victory in the 2021 TCS New York City Marathon. The result, added to his second place in the Big Apple in 2019, means he finishes seven points clear of Ethiopia’s Sisay Lemma on the leaderboard. Vincent Kipchumba of Kenya ends the men’s series in third place. In the wheelchair divisions, it was a Swiss double in Series XIII. Manuela Schär won her third consecutive women’s series title with a maximum five wins and three bonus point hauls throughout the series. Tatyana McFadden took second place on the leaderboard while Australia’s Madison de Rozario leapfrogged into third place by adding the TCS New York City Marathon title to her Paralympic gold medal in the marathon. Marcel Hug reclaimed the men’s title after blazing a trail through the calendar in 2021 with victory in the Paralympic Marathon followed by wins in Berlin, London, Boston and New York City. America’s Daniel Romanchuk earned second spot in the standings with Great Britain’s David Weir claiming third. Tim Hadzima, Executive Director of AbbottWMM said, “Series XIII concluded today and what an exciting conclusion it was. This is the first time we have had joint champions in the Women’s Elite Series which shows the strength of the field in women’s marathon running right now. “After starting the Series back at the 2019 Bank of America Chicago Marathon, this has been a long time coming but it will go down as one of the most competitive yet and we can’t wait for Series XIV to kick off in Tokyo next year.” The Series will move to a calendar format next year commencing at the Tokyo Marathon in March and concluding at the TCS New York City Marathon next November.

40th GENERALI BERLIN HALF MARATHON before a sport-historical comeback

Kenenisa Bekele at the BMW BERLIN-MARATHON