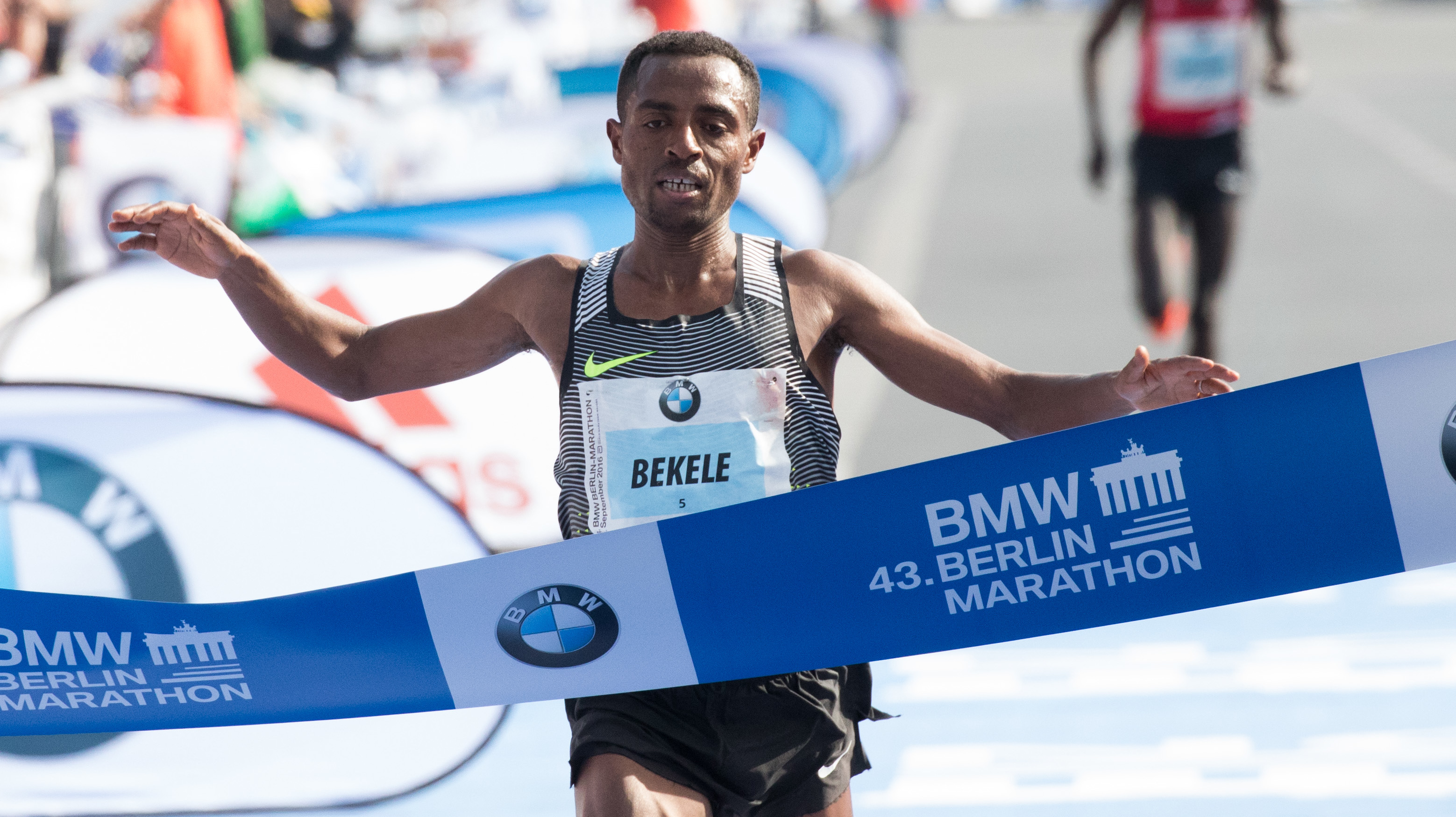 On September 29, the elite of the marathon world will be at the BMW BERLIN-MARATHON. With the Ethiopian world class runners Guye Adola, Leul Gebrselassie, Sisay Lemma and Birhanu Legese, the men's race is strongly loaded. For the women, last year's winner Gladys Cherono will face Vivian Cheruiyot, who will be competing for the first time at the BMW BERLIN MARATHON. And now another top athlete has committed.

Kenenisa Bekele is considered to be the king of the runners. You have to work hard to achieve such a title. But with the Ethiopian, he was on the right course from the very beginning. The exceptional athlete was born in Bekoji. The town is located about 100 kilometres southeast of Addis Ababa and is home to many famous athletes. That is a great environment for getting started. Kenenisa started winning numerous cross and road races as a junior. During the 2003 World Cup, Bekele ousted his compatriot Haile Gebrselassie from his running throne, beating him to win the 10,000m race.

He followed with an unprecedented career with diverse successes, from the African Championships to the Olympic Games. Bekele has acquired 16 world championship titles, and has held the world records for the 5,000m and 10,000m races for an unbelievable 15 years. Berlin’s athletics fans are likely to remember his remarkable victories in these events at the 2009 Athletics World Championships in the Olympic Stadium. So far, his career has been glorious and sovereign. Then there is this 42.195k race. In 2014, Kenenisa Bekele promptly set a course record at his marathon debut in Paris with a time of 2:05:03 hours. Since then, the running world has been anxiously waiting for him to destroy the world record.

At his BMW BERLIN-MARATHON victory in 2016, he almost succeeded. With a time of 2:03:03 hours, he was just a few seconds over the world record. In 2017, he was ready to take it down at the Dubai Marathon. But instead of felling the world record, he fell himself, when he was tripped up by another runner. In the autumn of the same year, the Ethiopian was back at the starting line in the capital, but did not finish. On September 29, Bekele will be tackling the BMW BERLIN-MARATHON for the third time. At age 37, it’s time for him to grasp the marathon crown. It should be an exciting race, as Kenenisa Bekele is known to be really strong “from the back”.

The BMW BERLIN-MARATHON forms the Abbott World Marathon Majors (AWMM) along with Tokyo, Boston, London, Chicago and New York. For the first time the BMW BERLIN-MARATHON on September 29 will mark the final race in the current series. Further information can be obtained at the race website: www.bmw-berlin-marathon.com