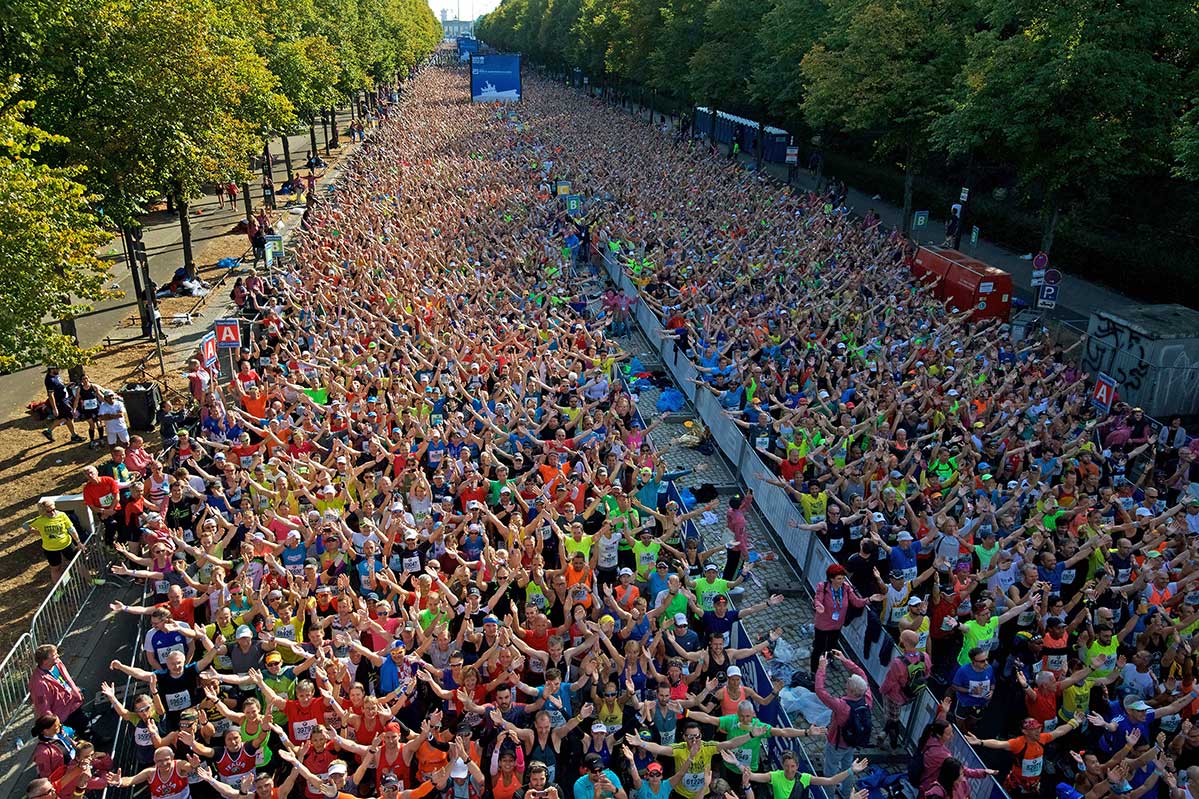 Ethiopia’s superstar Kenenisa Bekele and Kenya’s triple BMW BERLIN-MARATHON champion Gladys Cherono are very much in the focus at the 46th edition of the Germany’s biggest and best quality road running spectacle. Next Sunday Kenenisa Bekele intends to bounce back once again at the BMW BERLIN-MARATHON, a race he won in thrilling fashion three years ago with a personal best of 2:03:03.

Gladys Cherono aims to win a fourth Berlin title which would make her the sole record winner of the event. While fellow-Kenyan Vivian Cheruiyot had to cancel her start due to an Achilles tendon problem there are still six women on the start list with personal bests of sub 2:22. Five men feature personal records of sub 2:05, all of them from Ethiopia. A number of athletes will attempt to achieve the Olympic qualifying times of 2:11:30 and 2:29:30 for men and women respectively on the fast Berlin course.

After a series of disappointing results it remains to be seen in what sort of form Kenenisa Bekele is on Sunday. It is likely that his strongest rivals will be fellow-Ethiopians. Birhanu Legese took the title in Tokyo in March with 2:04:48. In 2018 he made a spectacular debut with 2:04:15 in Dubai where he was sixth. Two more of the Berlin entries were in action in Dubai 2018 and ran their personal bests there: Leul Gebrselassie was the runner-up in 2:04:02 while Sisay Lemma clocked 2:04:08 in fifth position. While Felix Kandie, who has a PB of 2:06:03, is the fastest Kenyan on the start list two fellow countrymen could be in for a surprise: Training partners Abel Kipchumba and Bethwel Yegon showed very good form in the build-up to their marathon debuts in Berlin.

After victories in 2015 and 2017 Gladys Cherono achieved her third triumph in the BMW BERLIN-MARATHON last year with a course record of 2:18:11. The Kenyan may well have to run another sub 2:20 to win title number four because there is a group of runners who have the potential to achieve such a time as well. One Ethiopian is on the start list, who has already achieved a sub 2:20 time: Mare Dibaba, who won the world marathon title in 2015 and one year later took the bronze medal at the Rio Olympics, has a personal record of 2:19:52. There is another prominent Ethiopian athlete on the start list: Meseret Defar is the double Olympic 5,000 m champion (2004 und 2012). She has the potential to run much faster than her current PB of 2:23:33.