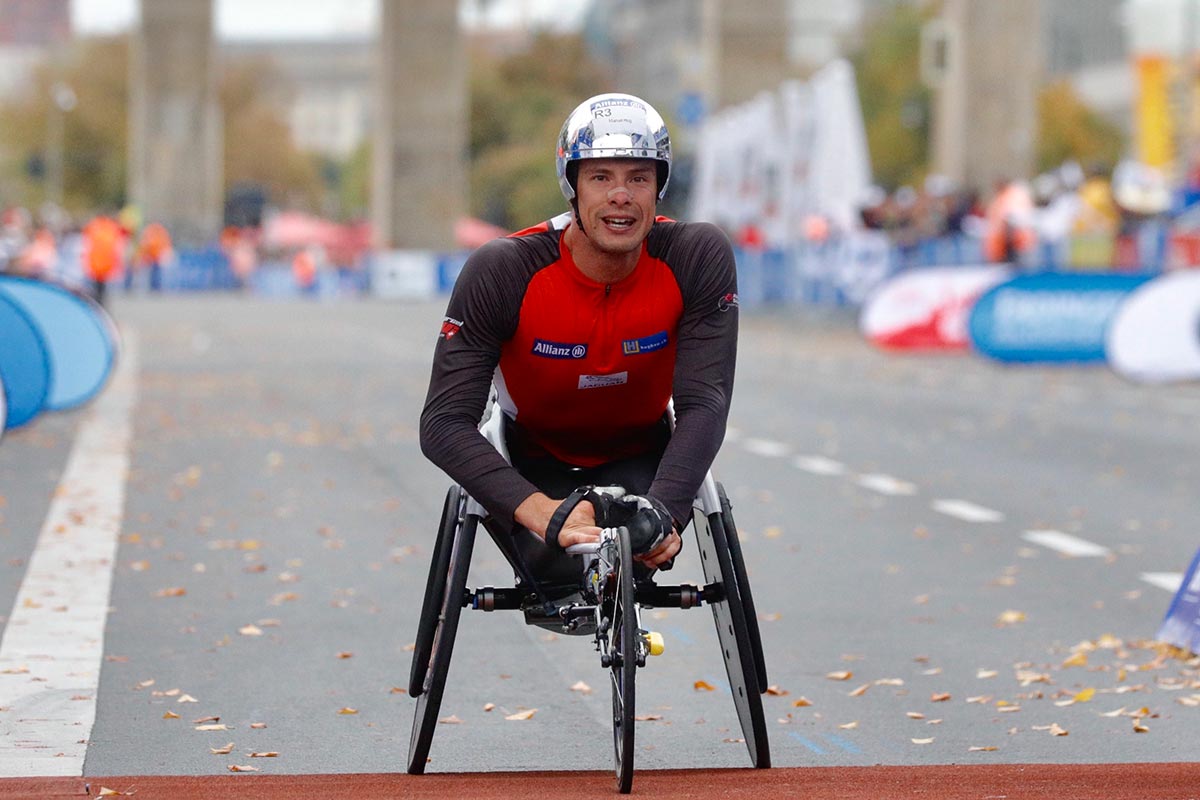 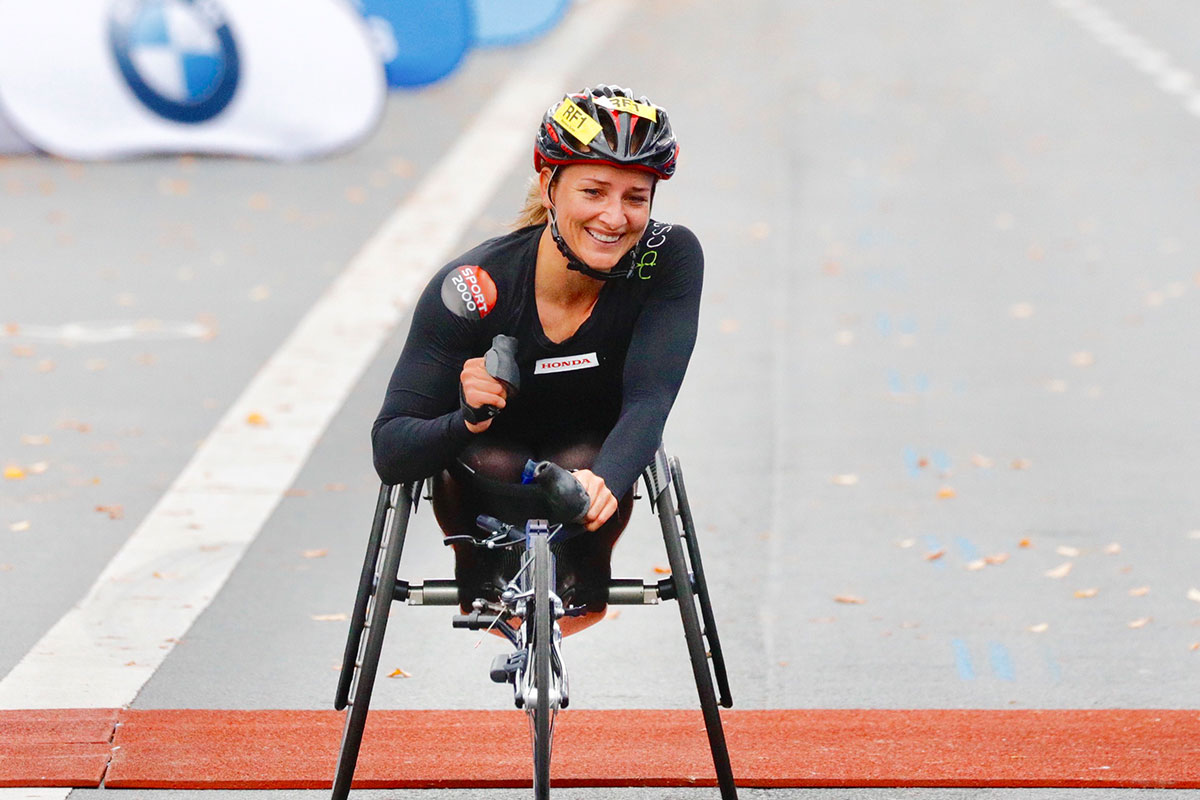 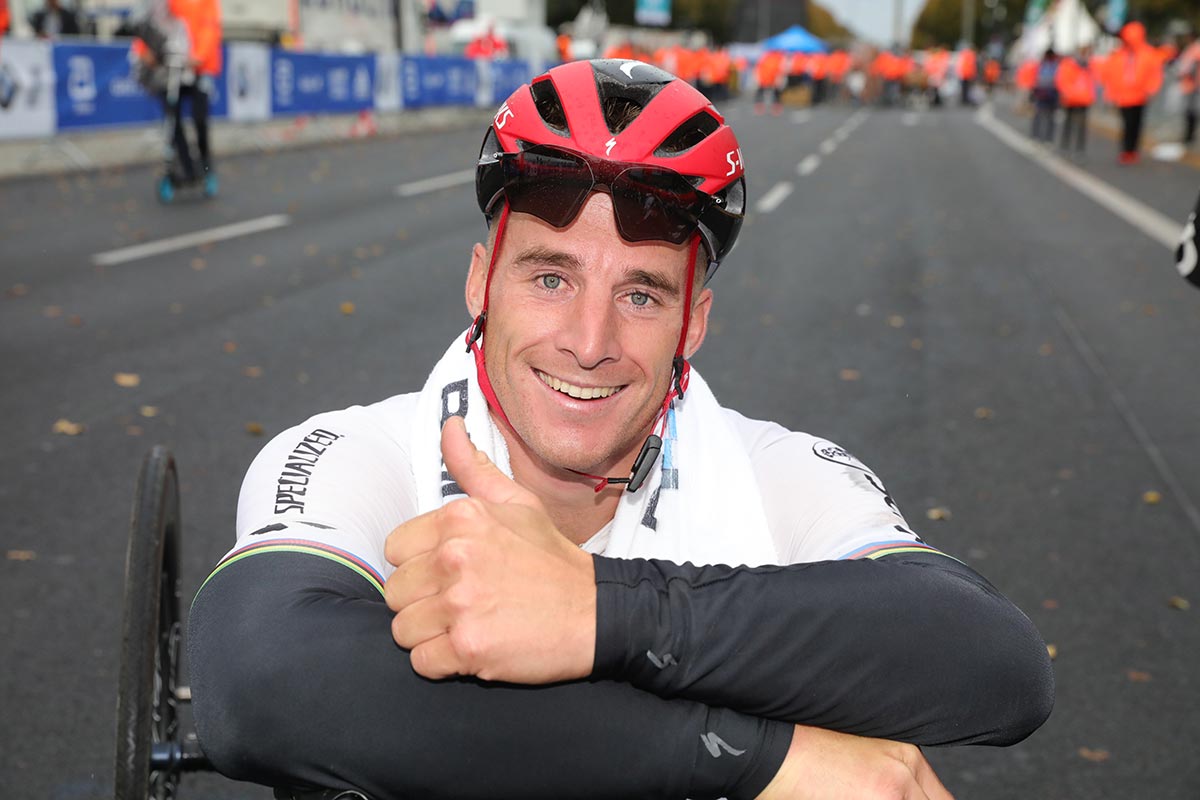 Manuela Schär and Marcel Hug made it a Swiss double in winning the wheelchair titles in the 46th edition of the BMW BERLIN-MARATHON while the Handbiker competition was dominated by Jennette Jansen and her fellow Dutch racer Jetze Plat.

Wheelchairs
“After failing to produce my best form last year, I definitely wanted to race well today,” admitted Marcel Hug after his triumph. In 2018 he was beaten in the sprint to the line by Brent Lakatos of Canada – today he gave his all to break clear of the field early in the race – and the daring move worked! After 10 kilometres he had already built up a 30 second lead ahead of Lakatos and the other pursuers. He continued to extend his lead right up to the finish line, winning in 1:28:09 from David Weir of Britain (1:31:45) and last year’s champion Brent Lakatos (1:31:46). The 32-year-old Swiss has now won five BMW BERLIN-MARATHON titles. At the age of 34 Manuela Schär proved there was no dimming of her powers and remains one of the outstanding athletes in this event. She went out hard from the start and went clear of her rivals after only a few kilometres. She crossed the line in an untroubled 1:38:07 with almost four minutes advantage over Amanda McGrory from the USA (1:42:05) and Australia’s Madison de Rozario (1:42:09) who were involved in an exciting duel to the finish. “I’ve invested more time in my training this year. My success shows this was worth it,” reflected Schär, who now has five BMW BERLIN-MARATHON titles in her collection.

Handbikers
The Dutch racer Jetze Plat dominated the early kilometres among the handbikers and maintained his advantage right to the finish line. Plat won in 1:00:01, well clear of the Belgian Jonas van de Steene (1:04:01). Last year’s winner, Vico Merklein of Germany, finished a close third in 1:04:01. Merklein said later: “I had hoped we get ourselves warmed up by staying together in a group for the first few kilometres. I never reckoned with such a fast attack by Jetze Plat.”In the women’s race Jennette Jansen retained her title as the Dutch racer proved too strong for her rivals, winning in 1:10:21. Katrin Möller (1:18:55) and Yvonne Pijahn (1:25:11) finished second and third for Germany.