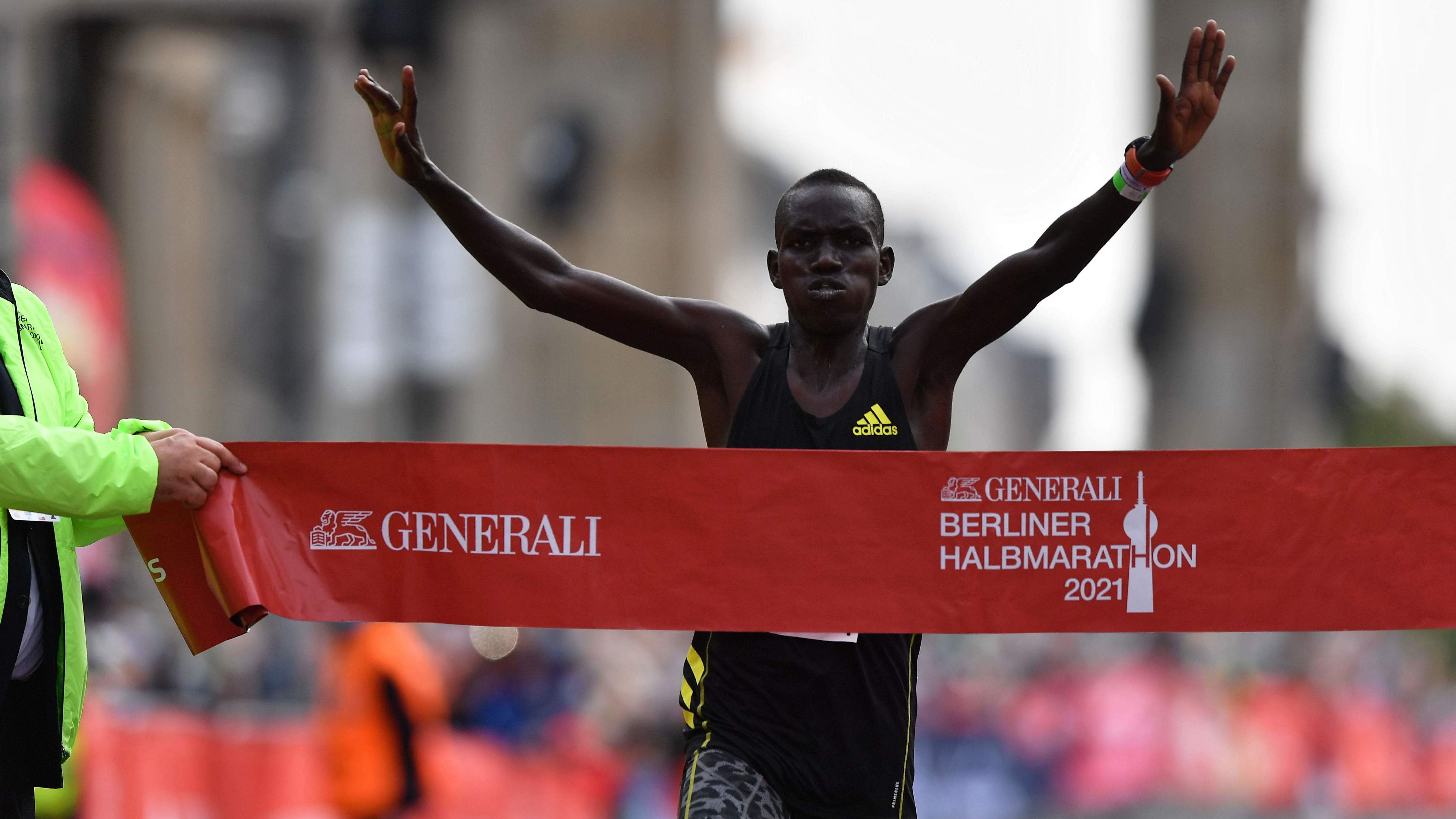 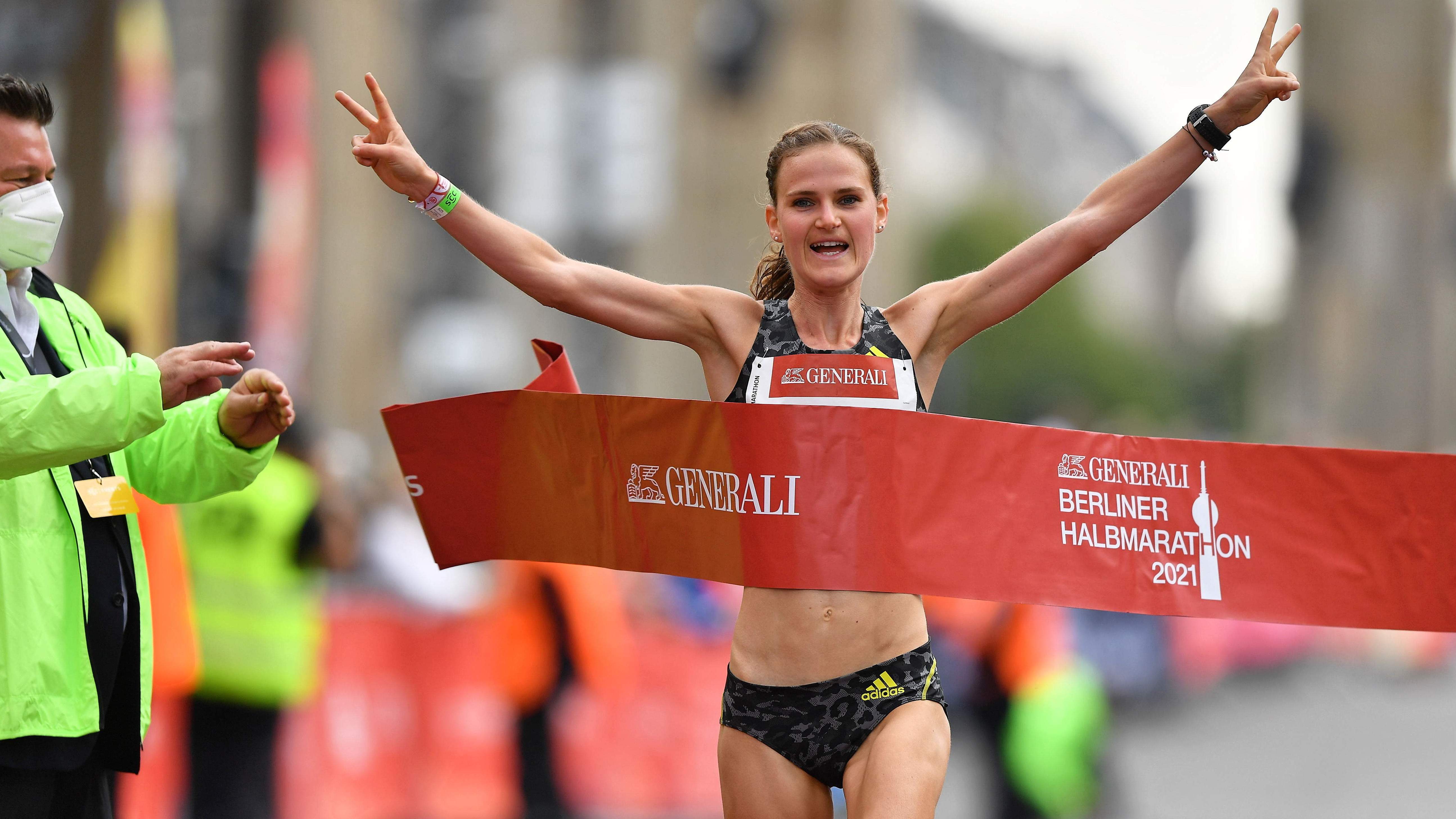 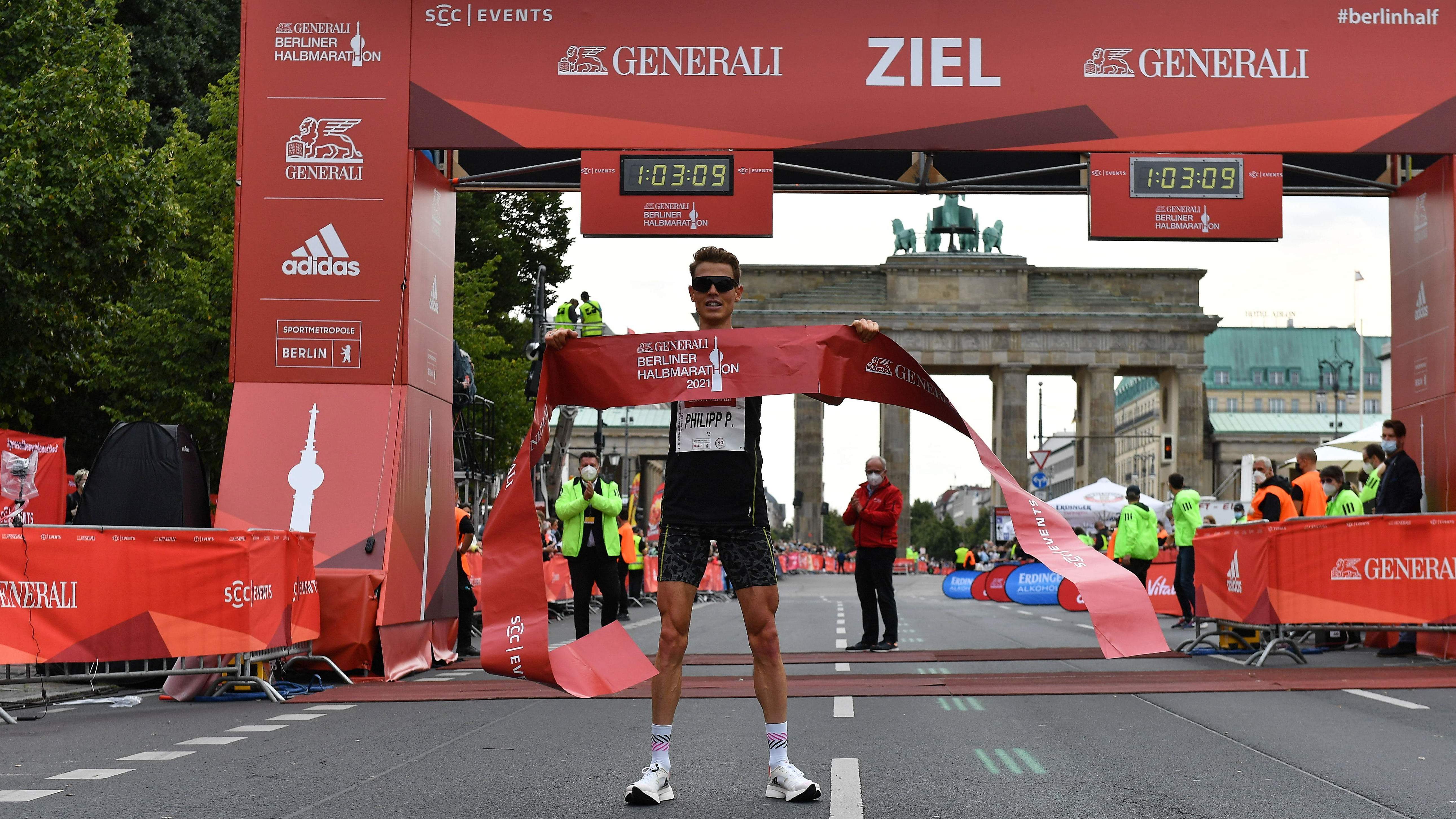 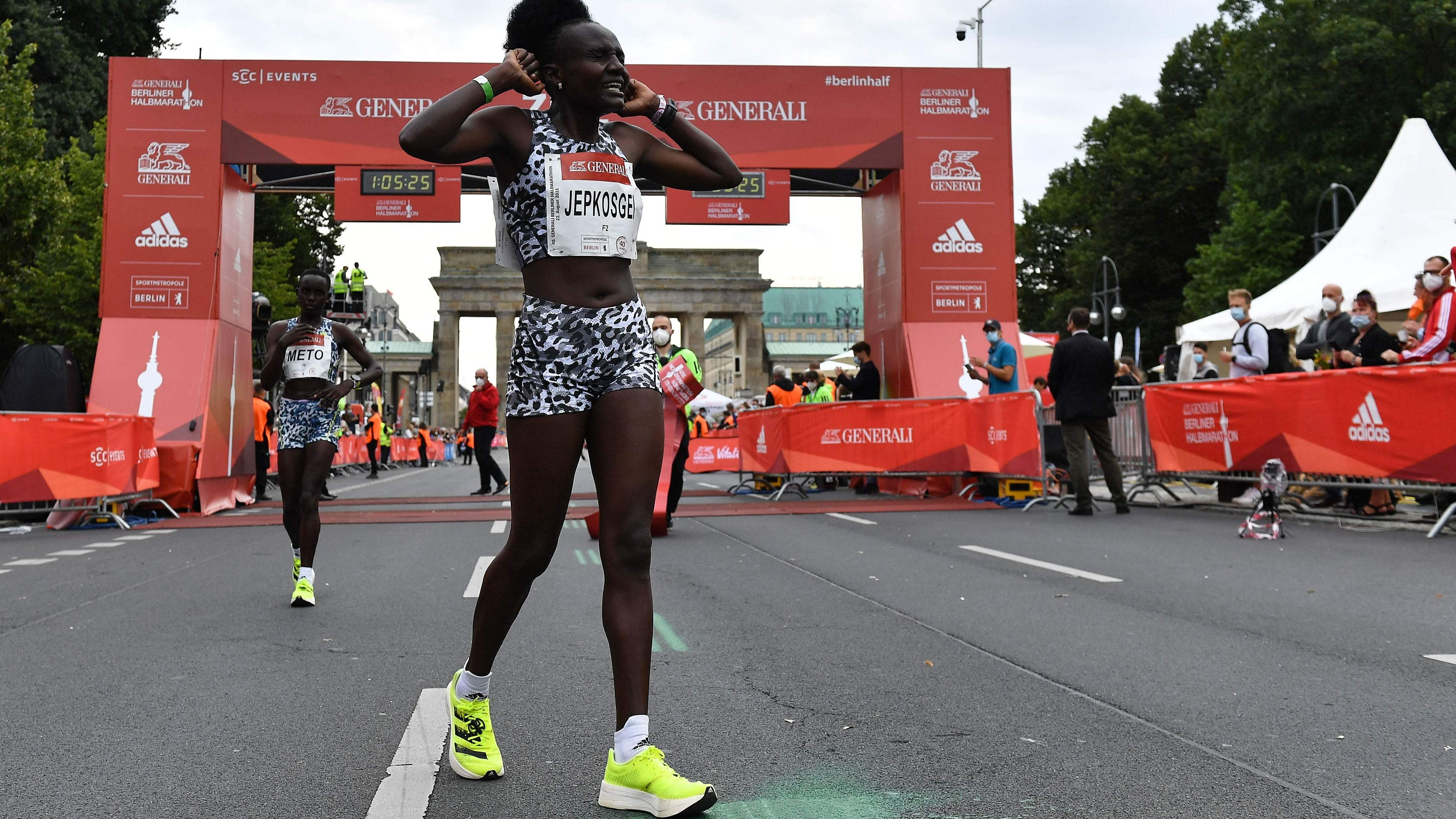 Joyciline Jepkosgei took the GENERALI BERLIN HALF MARATHON with a spectacular course record of 65:16. The 27 year-old Kenyan smashed the mark of Dutch double Olympic Champion Sifan Hassan, who had won the race with 65:45 in 2019. Second-placed Kenyan Nancy Meto was just five seconds behind, improving her PB by more than three minutes. With 65:21 she was also inside the former course record. Valary Aiyabei completed the Kenyan podium with 67:32 for third place.

Kenya’s Felix Kipkoech clocked a world leading time of 58:57. The 23 year-old improved his own world lead by 38 seconds. Fellow Kenyans Josphat Tanui and Philemon Kiplimo followed in second and third with 59:40 and 59:54 respectively.

A total of 15,096 Starters from 130 countries had entered the 40th edition of the GENERALI BERLIN HALF MARATHON. 14,508 of them were runners, 572 Skaters, 14 Handbikers and 2 wheelchair athletes.

40th GENERALI BERLIN HALF MARATHON before a sport-historical comeback

Kenenisa Bekele at the BMW BERLIN-MARATHON

SCC EVENTS is planning the BMW BERLIN-MARATHON with up to 35,000 participants